Last year I worried that Joe Biden might hold us back on economic issues. Today the 50-50 Senate is the holdup, and the Biden Administration has been moving things forward impressively fast.

The $1.9 trillion stimulus, with its $1400 checks and extended unemployment insurance, is more than twice the size of the Obama stimulus package of 2009. Biden's $2 trillion infrastructure bill is now before Congress (the $45 billion to remove all lead pipes from the water system looks excellent). Vaccine eligibility for all American adults is set for May 1 and may soon be moved earlier, which makes me happy as I'm flying back on April 29 and hoping to get my shots fast.

Biden's staff deserves credit. The White House is run by Chief of Staff Ron Klain, who oversaw the response to the 2014 Ebola pandemic under Obama. His deputy is Jen O'Malley Dillon, who managed Biden's victorious general election campaign. They're basically pragmatic technocrats ending a pandemic and building infrastructure.

Bharat Ramamurti once drafted Elizabeth Warren's memos to Obama blasting his SEC chair for being too deferential to Wall Street. He was senior counsel in her Senate office when she told the Wells Fargo CEO who had created millions of fake accounts, "You should resign" and "you should be criminally investigated." (The CEO resigned. His successor resigned.) Now Ramamurti is deputy director of Biden's National Economic Council. When Larry Summers criticized the stimulus as too large, it was Ramamurti's job to say on Biden's behalf, "we disagree here." 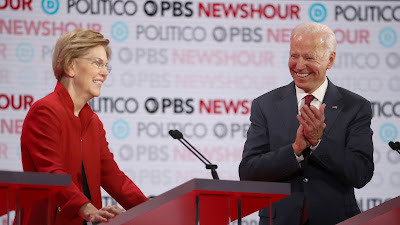 Warren has always identified staffing as the thing to bargain for in controlling a White House. The SEC is now led by Warren ally Gary Gensler. Rohit Chopra and Julia Margetta Morgan (from her campaign's policy team) are advocating student loan cancellation from Administration policy jobs. I can name 11 Warren allies inside the Biden Administration. Her strategy seems to be working. 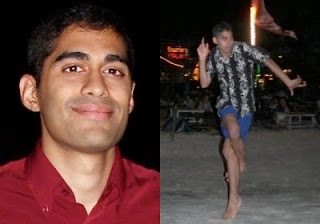